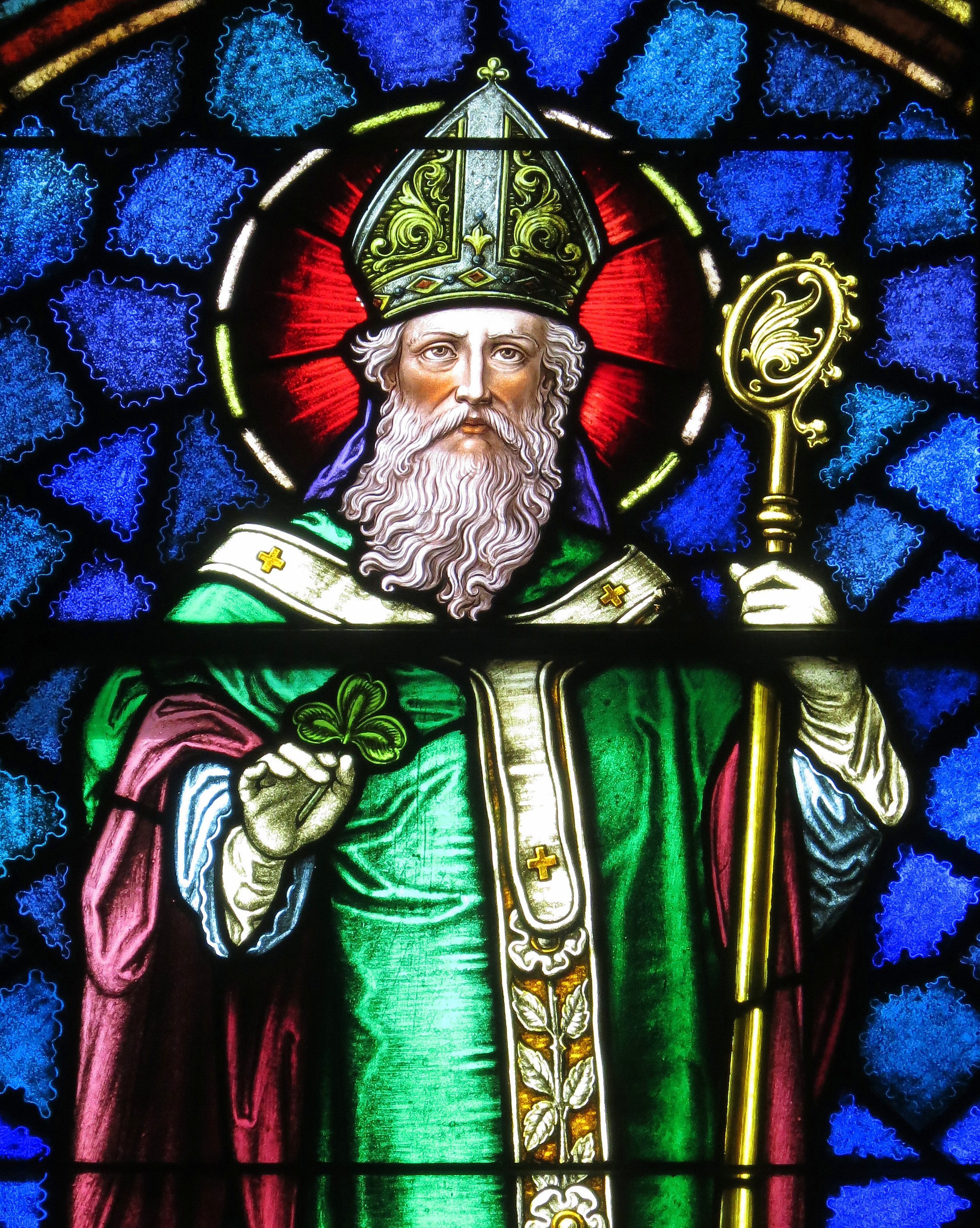 In recent decades Saint Patrick’s Day has gone from being a minor feast day on the Christian calendar to a massive worldwide celebration of Irishness enjoyed by millions every year. While we all may know the stories of the snakes and the shamrocks; Saint Patrick’s work in Ireland had far more long-lasting consequences for western Europe and the world. As well as bringing Christianity to Ireland, Saint Patrick also brought a culture of literacy and scholarship that would spread throughout the land and see the establishment of monasteries that became hubs of learning and the arts. These monasteries produced literary and artistic masterpieces like the high crosses of Muiredach and Clonmacnoise, The Book of Kells and a range of detailed metalwork such as the Derrynaflan Chalice.

Irish monasteries served as artistic centres for teaching and practising the arts of illustration and calligraphy. Upon viewing the Book of Kildare, the famous 12th-century man of letters, Gerald of Wales, concluded that it was “not the work of men but of angels.” Metalwork techniques such as lost-wax casting, riveting, soldering, filigree gold-work and enamelling were developed and passed on producing such sublime works as The Ardagh Chalice and The Cross of Cong. Stone sculptures and high crosses began appearing in monastic sites around the country depicting the crucifixion and various important stories from the Old and New Testaments.

But perhaps their most substantial cultural contribution was the preservation of Latin works of art, theology, and literature from the Roman empire. With the fall of Rome in 476 A.D. barbarian tribes began to tear through Europe pillaging Christian artefacts and laying waste to centres of learning. Sheltered by its remoteness-both geographical and political- from the continent, Ireland’s monasteries began to flourish. It was here that the knowledge of classical antiquity was preserved in meticulously crafted calfskin books, and artistic methods were passed from monk to monk. Visiting the Monastery on Skellig Michael in the late 60s the famous art historian and broadcaster Kenneth Clark concluded that, “looking back from the great civilizations of twelfth-century France or seventeenth-century Rome, it is hard to believe, that for quite a long time–almost a hundred years–western Christianity survived by clinging to places like Skellig Michael, a pinnacle of rock eighteen miles from the Irish coast.”

It wasn’t long before monasteries in Ireland sent missionaries to the continent to spread the Christian message and with-it the culture and learning that had been preserved in Ireland. Irish scholars were highly sought after by royal courts in Europe for their literacy, knowledge of theology, and artistic prowess. It was during this time that Ireland earned the right to be called “the land of saints and scholars.” Noble families from across Europe sent their sons to Ireland to be exposed to Latin art and culture, as well as a particular type of uniquely Celtic Christianity.

Ireland played an integral part in maintaining the knowledge and art of classical antiquity by providing a vital link between the classical and medieval ages. Along with the Byzantines in the East, Ireland protected and nourished a vast array of cultural knowledge that would ultimately inspire the art and advances of the Renaissance. Advances that led to the beginnings of the secular humanism enjoyed by much of the West today. All this the partial result of a chain reaction that started with a young boy being kidnapped by pirates on the coast of Wales.