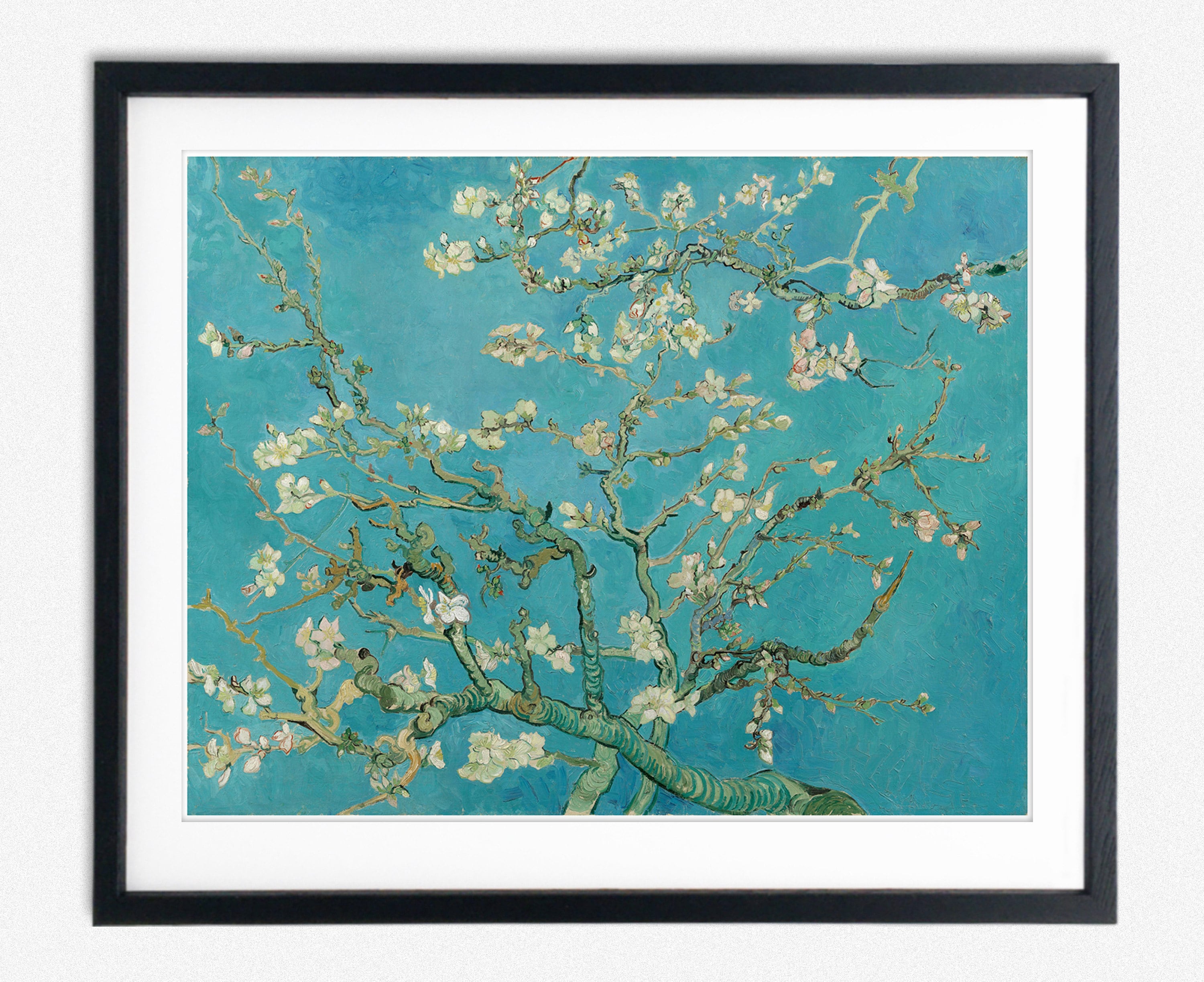 Picasso once said, “painting is just another way of keeping a diary.” What he

perhaps meant by this was that an artist’s work will often capture their mood,

thoughts or feelings at the time the work was created. This can certainly be said

spent ten months at an asylum in Saint-Rémy-de-Provence, France, having

checked himself in after suffering, “moods of indescribable anguish.” He had

However, at the beginning of February Van Gogh received a letter from his

nephew) and his plans to name him Vincent in the hope that he may be, “as

determined and courageous as you.” This news appears to have resulted in an

immediate mood change for Van Gogh. Touched by this gesture from his

brother, a man who for years had encouraged his work and supported him

financially, Van Gogh immediately started painting the piece that he would title

Almond Blossom and eventually gift to his brother and newborn nephew.

For his subject, Van Gogh chose an Almond blossom tree that had just begun to

blossom in the early spring, most likely an allusion to the new life that had

blossomed in him when he heard the news. The vibrant colours of the blue sky

the canvas and seems to brim with life. Van Gogh greatly admired Japanese

prints and the serenity they depicted, and this influence can be seen in his

choice of subject, the bold colours, the dark outlines and the positioning of the

desperately desired. In a letter to his sister, he informed her of his belief that it

was this tranquil state of being that would help ease his illness, “Having as

much of this serenity as possible, even though one knows little–nothing–for

certain, is perhaps a better remedy for all diseases than all the things that are

sold at the chemist’s shop.”

Unfortunately, this peace was short-lived, by March 1890 having finished

and did not go back outside again for two months, by which time the seasons

had changed and the blossoms he so loved had faded. Van Gogh would again

fall into a deep depression and commit suicide in July of the same year, but not

before leaving the asylum in May and visiting his family, gifting the painting to

Theo and baby Vincent. For years the work hung above his nephew’s bed and

according to the child’s mother seemed, “to enthral him,” so much so that when

the young Vincent grew up, he established the Van Gogh Museum in

Amsterdam to honour and display his uncle’s work.