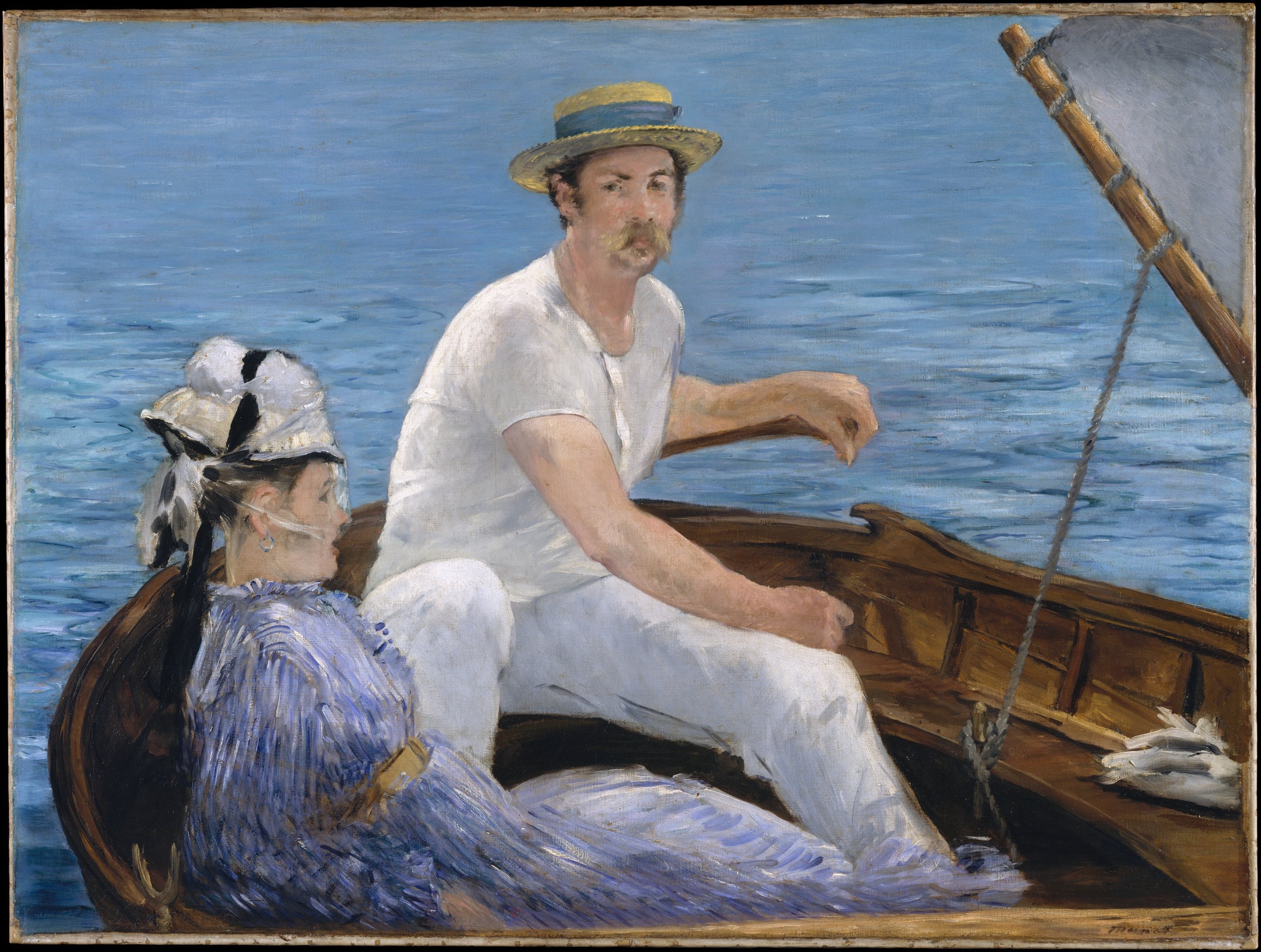 Édouard Manet was one of the most influential painters of the late 19th century. Often cited as being the first modern painter, he played a crucial role in the transition between Realism and Impressionism. To mark the anniversary of his death in 1883, we’ve compiled 5 interesting facts about the man marked out by Émile Zola and Edgar Degas as one of the finest painters France has ever produced.

1. He once challenged a close friend to a duel for giving him a bad review Infuriated with a few off handed criticisms in a review of his work by his long-term friend Edmond Duranty, Manet burst into Café Guerbois in Paris, marched up to Duranty and slapped him in the face, before challenging him to a sword duel. Three days later, on 23rd February 1870, the two men met in a forest on the outskirts of Paris with the famed French writer Emile Zola in attendance as Manet’s second. So forceful was the first blow that both swords buckled resulting in Duranty sustaining a small wound to his chest. Perhaps realising the danger of the situation, Manet declared he had been satisfied and Duranty relented. Amazingly, both men remained friends afterwards and continued to dine with each other at Café Guerbois.

2. His great love was the Dutch pianist Suzanne Leenhoff Suzanne Leenhoff had initially been hired by Manet’s father Auguste as a piano teacher for his children. Manet began a relationship with Suzanne at some point in his early 20s. Some scholars believe that Suzanne was Auguste’s mistress at this time as well. Manet’s relationship with Suzanne was kept a secret for over ten years, with Suzanne giving birth to a son during this period and the two only getting married when Auguste died. Suzanne often modelled for Manet throughout her life and can be seen in the paintings, The Startled Nymph, The Reading and Madame Manet.

3. He had a lifelong fascination with ships and the sea After failing the French naval exam, Manet went to work on a small ship to gain experience at sea. In December 1848, at the age of just sixteen, Manet began a training voyage on board Le Havre et Guadeloupe, and set sail from France to Brazil. It is on board this ship that his artistic abilities first gained recognition. In a letter from the time Manet told his mother: “I have to tell you that I developed a reputation during the crossing. All the ships’ officers and all the instructors asked me to make caricatures of them. Even the captain asked for one, as his Christmas present.” Upon his return, Manet again failed the naval exam and decided upon a career as an artist. However, he still held a fascination for all things nautical and this can be seen in many of his works including, Ships at Sea in Stormy Weather, The “Kearsarge” at Boulogne and Sailing Ships and Seagulls. Indeed, Manet credited his experience at sea with helping to develop his artistic ability, “I learned a lot on my voyage to Brazil. I spent countless nights watching the play of light and shadow in the ship’s wake. During the day, I stood on the upper deck gazing at the horizon. That’s how I learned to construct a sky.”

4. Manet was not well received by many influential critics during his lifetime Manet’s work was controversial in its time as it marked a break with many of the classical conventions an artist was expected to follow. Manet’s work concentrated on the essence of a subject, its colours and shapes, more so than on an absolute real representation of the subject. His famous 1865 piece Olympia was met with derision when it was first hung in the Salon of Paris. Reports from the time record the public jeering and laughing and a series of critical articles in the Paris newspapers. In fact, the piece was so controversial guards had to be stationed beside it before it was eventually moved to a high spot above a doorway out of reach.

5. Manet and the downtrodden Manet’s early work often depicted scenes from everyday life and everyday people, even delving into topics that were seen as taboo. At a time when many paintings concerned classic images from myth and antiquity, Manet chose to paint contemporary people such as singers, gypsies, and beggars. The Absinthe Drinker is a full-length portrait of an alcoholic rag-picker named Collardet, who frequented the area around the Louvre in Paris. The piece was rejected by the Paris Saloon for its depiction of what was seen as moral degeneracy. Another example of Manet’s commitment to realism in his subjects is his famous A Bar at the Folies-Bergère, which is thought to portray a prostitute that often frequented the Folies- Bergère. According to the art historian T.J. Clark , Manet intended the painting as a piece of social commentary with the prostitute behind the bar represented “as both a salesperson and a commodity—something to be purchased along with a drink.”